Lucia Day - a celebration of nature and light

The Lucia Day celebration is a natural part of Nordic life. But how did we come to celebrate an Italian saint in this particular way?

The annual Lucia celebration is a tradition in mostly Nordic countries that foreigners might find a bit perplexing. Why would countries like Sweden and Denmark celebrate an Italian saint, and one that’s not even similarly commemorated in Italy? And what’s up with the costumes, snacks and singing?

You might wonder why we at EcoTree even have an interest in this holiday. Lucia Day is a unique and somewhat eccentric tradition with a fascinating background that ties into a celebration of nature. In this article, we will dive into the how’s and the why’s of the Lucia tradition.

Lucia Day is on December 13th, the day that Saint Lucia (the martyr of Syracuse) was executed in Italy in the year 304. Lucia was killed by Romans because of her religious beliefs.

The night between the 12th and 13th was also the shortest day (Winter solstice) in the old Julian calendar, which was associated with dark, supernatural powers. Many people feasted to stay awake, believing that it would protect them from the evil spirits of the long night.

Some countries that are celebrating Lucia are:

In Sweden, the Lucia celebration has a history spanning several centuries. In the late 19th century, Finland also took up the tradition. During the 1940's and 1950's, Denmark and Norway started celebrating it as well. After the fall of the Soviet Union, the Baltic countries followed.

Other versions of the Lucia celebration exist in Italy, Malta and Spain, and also in some places where Lucia is the patron saint. Some emigrated Nordic people have also brought the tradition with them to their new homes around the world.

The Lucia tradition's connection to nature and light 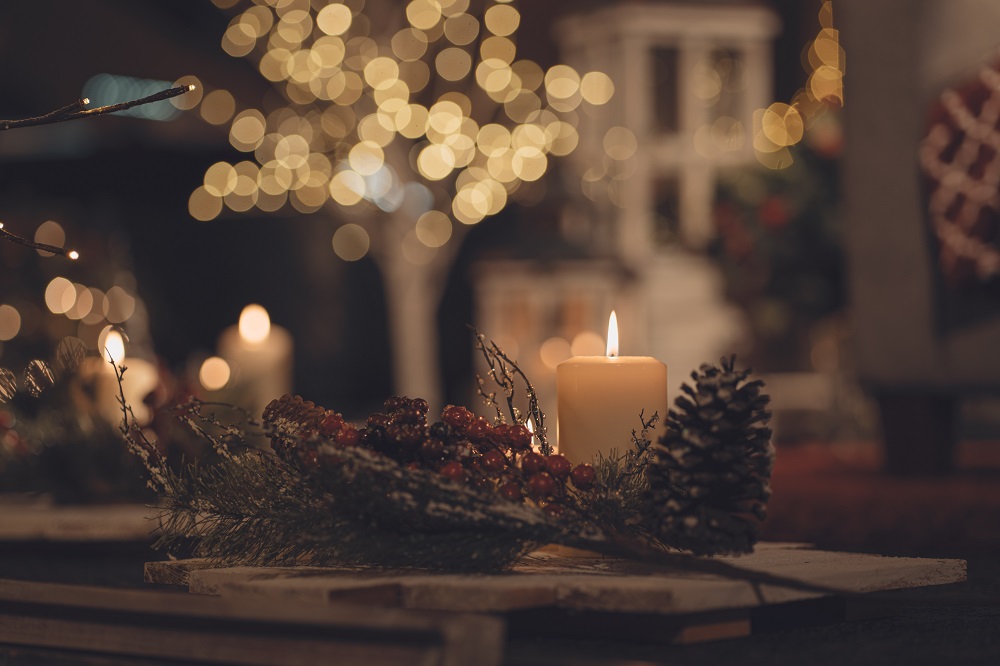 Even in the modern calendar, the Lucia celebration occurs in the absolute darkest part of the year. Lucia’s name comes from the latin word “lux”, which means light. For many Nordic residents, this day is a reminder that light will start returning, and that forests and nature will once again bloom.

This is not only great news for us, but also for the forests. As the days once again grow longer, animals start waking up from their hibernation, flowers make their way through the layer of shed leaves on the ground, and green buds start erupting from every tree branch.

Light is in many ways the source of life in the forests. It plays an important role in the process of photosynthesis in which plants use sunlight, water and carbon dioxide to create energy in the form of sugar. These sugars are transported throughout the plant, allowing its cells to divide, and the whole plant grows in size.

Animals are also following the patterns of light and dark throughout the year. Birds and other animals take their cue from it, e.g. when it comes to nesting, reproduction, foraging and hibernation. When this behaviour occurs in a seasonal cycle, it’s referred to as “photoperiodic”.

The heathen Lucia celebration consisted of young people traveling from farm to farm, knocking on the door and singing, being treated to food and alcohol by the host. The church absorbed parts of the tradition and changed it, e.g. by removing the alcohol, which was not appreciated by the priests. In the end, it turned into a combination of folklore, legends and history.

The first Lucia celebration in Skansen (an open-air museum in Stockholm) took place in 1890. At that time, it was mostly an event for Sweden’s higher society. A few decades later, that would change completely. The first Lucia competition was held in 1927, which increased the general public's interest in the celebration. It consisted of electing a Lucia, both on a national (Lucia bride on national TV) and local level (e.g. schools).

Lucia is a national tradition celebrated in many places, but it’s especially prevalent in schools and preschools. It’s often an event at workplaces, too, e.g. celebrated by a Swedish fika.

A typical Lucia procession consists of:

There can also be one or several Santa Clauses or Santa Claus helpers in the procession. The Lucia procession also includes singing. A typical song featured is “Sankta Lucia” (Saint Lucia).

The chosen Lucia is dressed in white and wears a lit-up wreath on her head. Traditionally, it consisted of live candles, but these days battery-powered candles are often used instead for safety reasons.

The Lucia tradition is also associated with some typical treats, mainly saffron buns (lussekatter) and gingerbread (pepparkakor). It’s often accompanied by glögg, a specific type of mulled wine. Coffee is often served as well. The saffron buns, usually s-shaped with raisins in them, are believed to have originated from Germany, as similar pastries are found in the north of Germany and the Netherlands.

EcoTree nurtures sustainable timber forests, filled with trees owned by people like you. We also carry out important biodiversity projects to preserve and support local wildlife.

A sustainably managed tree in an EcoTree is a carbon sink that makes a difference in the fight against climate change. It’s also a haven for animals, and something that eventually will result in renewable material, e.g. to be used in the construction industry. We own the forest itself, but people like you own the trees. Find your favorite tree in our tree shop.

Lessened biodiversity is one of the biggest environmental challenges. We are increasingly focused on it, running projects focused on areas like bees, wetlands and reptiles. People like you can get involved and make an important effort for the future.