Deforestation leads to climate change and needs global action. But what are the causes and how can we stop it? 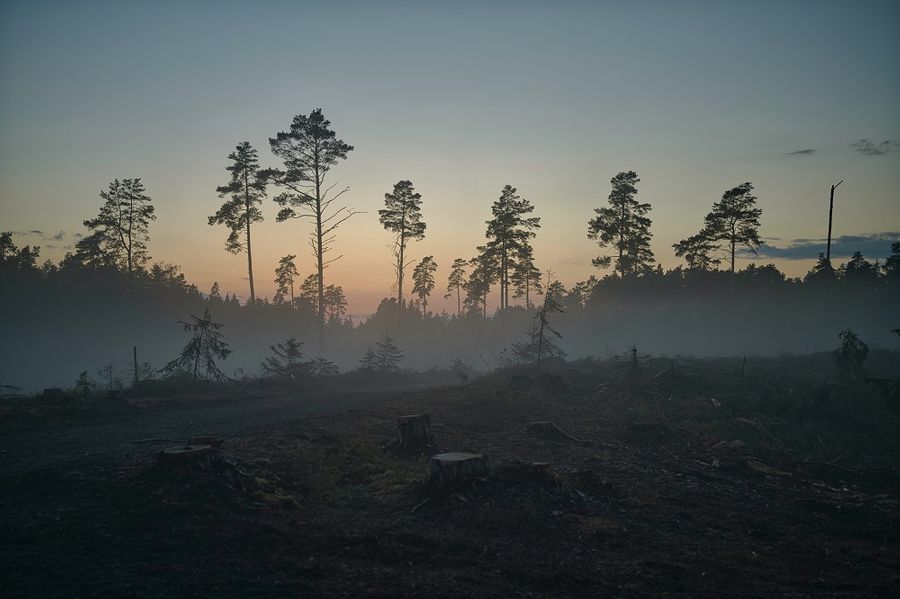 Deforestation is where a large area of trees is completely cleared and used for something different. It may become agricultural land or used for housing, but often the trees are felled simply to collect and sell the wood.

With each forest gone, another vital carbon sink disappears and the fight against climate change gets harder. That’s not to mention the loss of rich plant and animal life that lived in the forest and formed part of its biodiversity.

Deforestation is a worldwide problem

Many people associate deforestation with the Amazon rainforest, a huge area in South America where natural resources have been destroyed for a long time. But in reality, deforestation is a problem in many parts of the world.

That said, the practice is starting to get more and more attention. It's time to get to grips with deforestation while we still have the opportunity to do something about it. At the UN climate summit COP26, more than 100 countries promised to stop deforestation by 2030.

This gives us hope that the world can work together to make a real difference. But we need more than ambitious promises – the rhetoric needs to become a reality. Climate change is here and our planet needs action now.

A history of deforestation

Deforestation has a very long history. Forest areas were cleared to create space and collect wood for fuel as far back as the early Stone Age. But deforestation then was not organised and it took a long time before it looked anything like modern agriculture.

Done on a fairly small scale, it did not have much effect on the planet's forests. But as societies became industrialised and modernised, unsustainable forestry and agricultural practices started to have a significant and negative impact.

Unfortunately, it has taken far too long for the world to wake up to what deforestation does to the Earth’s climate. That’s why many years of rapid deforestation have taken such a toll and why it’s so difficult to reverse the harmful effects.

How deforestation harms the environment

Trees are carbon sinks, which means they absorb and store carbon. According to the European Parliament, forests in the European Union absorb the equivalent of 8.9% of greenhouse gas emissions.

It’s simple maths – deforestation means fewer trees and more carbon released into the atmosphere, which then contributes to climate change.

Forests are also essential to the Earth’s biological diversity. When forests are felled or deteriorate, natural ecosystems are destroyed and the area's animal and plant species often disappear.

Many people live in forest areas too and they depend on the forest for shelter and food. When the forest disappears or changes, there is a risk that their living conditions will deteriorate.

Of course, for many people, forests provide a lot of social and cultural benefits. They are where we spend time with family, learn about the natural world, enjoy walking amongst the trees, and pursue many other outdoor activities.

Deforestation occurs in a number of ways and some are more common in certain parts of the world.

One of the most frequent causes of deforestation is where trees are felled to make way for agricultural activities. Entire forest areas become plantations or used for grazing land.

All over the world, increasing populations mean more buildings needed for people to live. Often, forests and other wild and natural habitats pay the price and are destroyed to make room.

Unsustainable forestry practices are still common in many parts of the world. Clearcutting destroys the biodiversity of entire areas and removes any variation in plant and animal species. And monocultural forests made up of a single tree species may boost profits, but at the expense of natural, biodiverse habitats.

Forest fires destroy millions of hectares of forest around the world every year. And as climate change gets worse, other natural disasters are becoming more common and causing deforestation too, including droughts and floods. This is a vicious circle – fewer trees mean more severe climate change.

Can we restore destroyed forests?

Land that has previously been forest can usually be restored, but it happens slowly and requires substantial effort. It takes time for the trees to grow large and strong again, and then more time for animals and plants to return. But through sustainable forestry, it is certainly possible.

Here at EcoTree, we believe in sustainable forestry that treats every tree with respect. It’s about much more than planting and felling. We nurture ecosystems, biodiversity and create the perfect environment for the right types of trees.

How do we do it? The answer is pretty unique – we do it with your help. Buy a tree in one of our forests and become a tree owner. When your tree is eventually felled for sustainable timber, we plant new trees in its place. And since the felled tree is yours, you get the profits when we sell it!

Take a look at how it all works or pick your favourite species from the EcoTree treeShop.