What is greenwashing and why is it bad?

If you’re interested in the environment, you might have heard the word greenwashing. Here’s how it works and why it’s a problem. 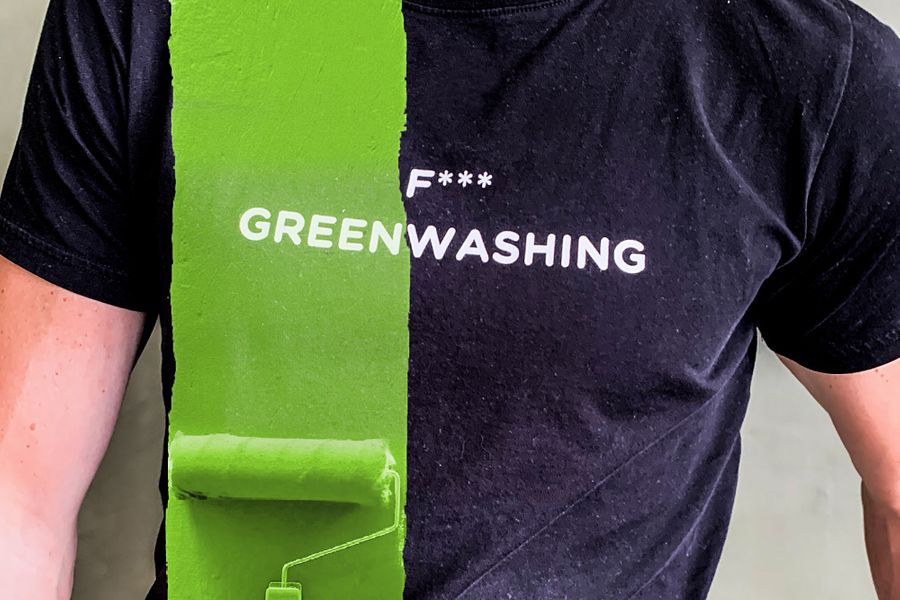 Greenwashing has become a popular topic of conversation for people concerned with environmental and sustainability issues. In this post, we explore what it means, why it came about and how to spot examples.

Greenwashing is when a company’s marketing message doesn’t line up with its actions. Typically, the company will claim to be environmentally friendly in its marketing. But its real-life activity is ineffective or insignificant compared to the negative impact the business has on the environment.

Companies often use words like natural, organic, and eco-friendly, but greenwashing has left them almost meaningless? It feels like we are at a point where companies use that kind of language without it meaning anything in particular. It’s a simple box-ticking exercise.

In many countries, greenwashing is such a big problem that the governments have had to take action. For example, the Swedish Marketing Act says companies must not make false claims and any environmental benefits must be proven.

The rise of greenwashing

How has this happened? Well, as people learn more about sustainability and climate issues, companies have tried to take advantage. Products and marketing campaigns have tried to exploit the increased consumer interest in the environment.

It’s also become popular to invest in green projects – that’s a good thing! The future of our planet depends on that investment and initiatives that make a tangible difference. However, some companies have seen an opportunity to make money without any real care or commitment to the environment.

As a result, there has been a sharp increase in the number of so-called environmental projects that have no positive impact at all. It’s become so controversial that Friends of the Earth now awards an annual greenwashing prize. Not something a company should be proud to receive!

There has long been international attention on the problem too. Greenpeace started its Stop Greenwash campaign back in 2009 and recently published an article that says we are in a golden age of greenwashing.

Why is greenwashing bad?

Greenwashing is bad for many reasons. The most important issue is companies can say they are taking positive action while continuing to contribute to our changing climate. There is little to stop them greenwashing while actively harming the planet.

It also makes us all suspicious. Which companies are greenwashing and which are taking real steps to improve their impact on the environment? This confusion has seen some companies avoid talking about their good work for fear of greenwashing accusations. There’s a word for that too: greenhushing.

As consumers, we need to question motives and try to read between the lines. But it’s not easy. Greenwashing can be hard to detect because the facts are often hidden. We have to search to learn the truth and not everyone has the time or energy to do that – companies know this!

How to spot greenwashing

It may not be easy to spot greenwashing, but it’s important to try. When you know which companies are really making a difference, you can support them and ignore the greenwashers.

Step one is very simple but most important – do the research. Explore websites, social media and read sustainability reports. If you’re learning about a company or product and things don’t quite feel right, it may be better to choose an alternative.

Here are some good questions to ask when you’re researching.

What else should you look out for? Many companies put green messaging in logos, graphics and images. Try to read beyond the branding. If a company’s communications suggest they are environmentally friendly, it doesn’t mean that they are.

How we work at EcoTree

As a greentech company, we are very careful about how we communicate at EcoTree. Our unique approach to forestry benefits the planet long term and improves biodiversity on the land that we own.

We know that greenwashing makes it difficult for companies like us who really do care. That’s why we are transparent in everything we do. The trees we sell are carbon sinks that preserve forests and increase biodiversity. We know that our work has a positive impact.

But we also remember the most important thing: we all need to reduce our carbon dioxide emissions. Before buying trees or any other attempt to tackle climate change – that’s the message we need to get behind.