What are greenhouse gases and how do they affect the climate?

Greenhouse gases cause climate change and rising global temperatures, but what is a greenhouse gas and what can do about them? 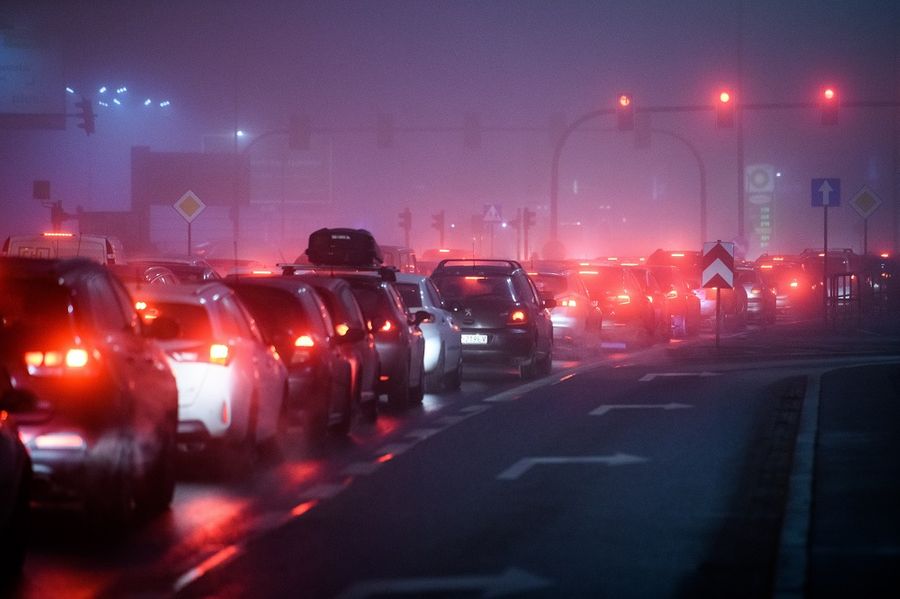 Greenhouse gases trap heat in the atmosphere, warm the planet and are a direct cause of climate change. That means they have other negative effects too, including on the Earth’s plants and animal life.

But what are greenhouse gases, how many are there and how are they different? In this post, we’re going to take a closer look at the impact of greenhouse gases and what we can do to reduce global emissions.

Greenhouse gases in the atmosphere

Some greenhouse gases exist naturally in our planet’s atmosphere, while others are a result of human activity. In limited amounts, these gases don’t actually pose any threat. In fact, they help regulate the temperature of the planet.

Of course, the problem occurs when the emissions become too high. That’s when we start to see climate change and that’s why it’s so important to reduce global emissions now.

Freon, also known as chlorofluorocarbons or CFCs, is perhaps the most well-known example of a gas emitted through human activity. It’s used in modern fridges, freezers and air conditioners and has leaked into the atmosphere in huge quantities over time.

The negative impact on the ozone layer has been significant and led to an increase in UV radiation from the sun. As a result, there is a lot of work taking place to reduce freon emissions globally.

Let’s look at the five most common greenhouse gases in the atmosphere:

Water vapour is the most common greenhouse gas in the atmosphere. Human activity in itself doesn’t lead to a greater emission of water vapours, but when the planet’s temperature rises, they are indirectly affected.

However, greater amounts of carbon dioxide or methane does lead to more water vapours in the atmosphere, which increases the greenhouse effect.

Carbon dioxide is the greenhouse gas we all talk about the most. That’s because CO2 emissions are one of the leading causes of climate change and global warming. The gas itself is colourless, has no smell and is a combination of carbon (C) and oxygen (O).

The amount of carbon dioxide in the air varies depending on where you measure. Big cities and other areas where there is dense traffic and industry can have many times greater amounts of CO2 than, for example, a forest.

The biggest cause of carbon dioxide formation is the burning of carbonaceous fossil fuels, such as oil and coal.

Nitrous oxide, commonly known as laughing gas, is a greenhouse gas that has around 300 times greater impact per tonne than carbon dioxide. Fortunately, nitrous oxide emissions are much lower, though it’s important to keep this number in mind.

The huge effect nitrogen oxide has on the ozone layer means it’s often included in emission estimates, such as carbon footprints. Although many industries release nitrous oxide into the atmosphere, agriculture makes the most significant contribution to emissions.

Methane is another greenhouse gas that causes rising temperatures on Earth. The amount of methane in the atmosphere has doubled in the last 100 years. If we ignore water vapours, methane emissions cause 20% of the greenhouse effect, which makes it second only to carbon dioxide.

Methane is formed when organic matter decomposes in oxygen-poor environments. Again, the agricultural industry is one of the biggest culprits, as cows have microorganisms in their stomachs that produce methane when they break down food.

Methane has a shorter decomposition time than carbon dioxide (about 10 years), but a much more dramatic effect on the climate. One tonne of methane heats around 100 times more than one tonne of carbon dioxide.

Ozone is a gas created naturally in the atmosphere. Ozone found in the higher layers of the atmosphere (the ozone layer) works as a barrier against the UV rays of the sun.

When the ozone layer is weakened or diluted, it leads to higher levels of dangerous UV radiation and climate change. High levels of ozone in the lower part of the atmosphere can be damaging to humans, animals and plants.

Greenhouse gases are a global problem, which does not take national borders or continents into account. They spread and stay in the planet’s entire atmosphere for hundreds or thousands of years. But what causes the most emissions?

Some of the biggest sources of greenhouse gas emissions include:

According to the Danish Energy Agency, upwards of 37% of the world's greenhouse gases come from producing electricity and heat. Your choice of energy source can have a big impact on the climate. Can you switch to a renewable energy supplier instead of a fossil alternative?

The industry sector is one of the biggest sources of greenhouse gas emissions. That includes plastic, glass and concrete production, which emits the largest amount of greenhouse gases. Overall in the UK, emissions have fallen in recent years, but much can still be done to further reduce the numbers.

In 2019, according to the UK Government’s Agri-climate report, the agricultural sector was responsible for 10% of all UK greenhouse gas emissions. Agriculture emits the largest amounts of methane and laughing gas. By eating less meat and animal products, we can reduce emissions in the future.

Forests are one of the biggest carbon sinks in the world and when they disappear, it has a huge impact on the climate. That is why it is important that we switch to sustainable forestry; something that we talk about more and more in environmental debates all around the world.

Apart from the positive effect on the climate and biodiversity, sustainable forestry can supply us with reusable and renewable raw materials, which can replace steel and concrete.

The transportation sector is still very dependent on fossil fuels. The largest amount of transport emissions come from passenger cars and heavy vehicles on the roads. In this area, we need more environmentally friendly fuel types and vehicles, as well as fewer unnecessary trips.

How do greenhouse gases affect the climate?

Large amounts of greenhouse gases in the atmosphere increases the greenhouse effect. The average temperature of the planet is rising and the climate changes.

Ultimately, this has enormous negative effects for our planet, which is why politicians and activists are taking action all around the world. The global Paris Agreement is a great example where countries have worked together, as is the recent COP26 Climate Change Conference held in the UK.

Greenhouse gas emissions are something we have to react to before it’s too late. It’s important that both individuals, businesses and governments act soon and decisively. .

There are also substances that are not considered greenhouse gases, but which still contribute to the formation of carbon dioxide, methane and other greenhouse gases. Examples include carbon monoxide and hydrocarbons.

Traffic is the main source for these types of emissions. Over time, they will lead to more greenhouse gases in the atmosphere, which is why we need to pay attention to them too.

How can you measure your own or your businesses emissions?

Emissions of carbon dioxide or other greenhouse gases can be measured by calculating your carbon footprint. Here at EcoTree, you can calculate the footprint from your flights and car journeys. This is a good way of estimating what your emissions look like, so that you can start to reduce them.

Support the planet with EcoTree

Here at EcoTree, you can help fight against climate change, protect the forests and support biodiversity. How do you do that? By buying trees in our forests! All you need to do then is sit back and relax. We will take care of the forests and make sure that the trees and wildlife bloom.

Learn more about our forestry model

We have a sustainable approach to forestry where biodiversity and ecosystems take centre stage. Do you want to know more about how we do it? Learn all about our unique model.

Buy trees in the forest

Are you ready to support sustainable forestry and become a tree owner? Take a look in our TreeShop and find your favourite trees!