For World Cleanup Day 2022, the EcoTree team put on their gloves, got out the bin bags and collected litter from the streets of Copenhagen. 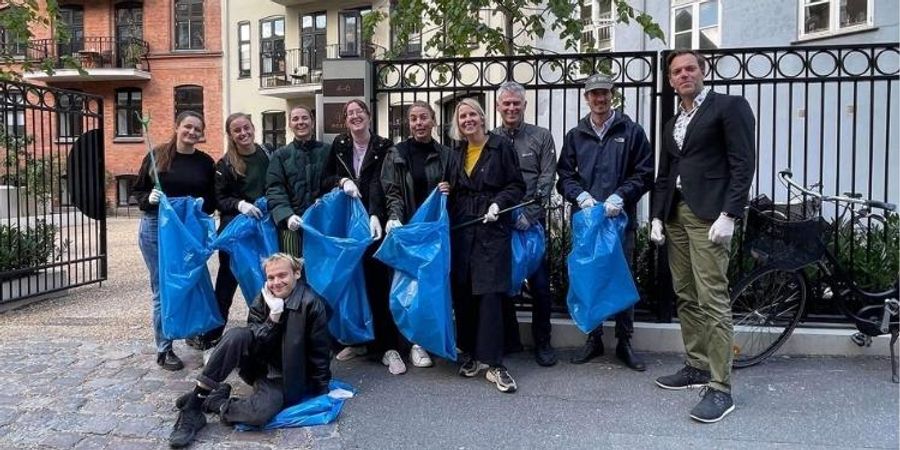 Have you ever walked down the street on a beautiful day and enjoyed the birds singing, only to have the peaceful moment ruined by cigarette butts, chewing gum and empty takeaway cups on the pavement?

Fortunately, many of us don't like the look of litter in nature. Again this year, millions of volunteers all over the world joined forces to collect litter from streets, beaches, forests and rivers for World Cleanup Day.

This year, the team at EcoTree spent 90 minutes during working hours collecting rubbish from the streets near our office in Copenhagen. This resulted in 19 kilos of waste collected, which can now be properly disposed of! 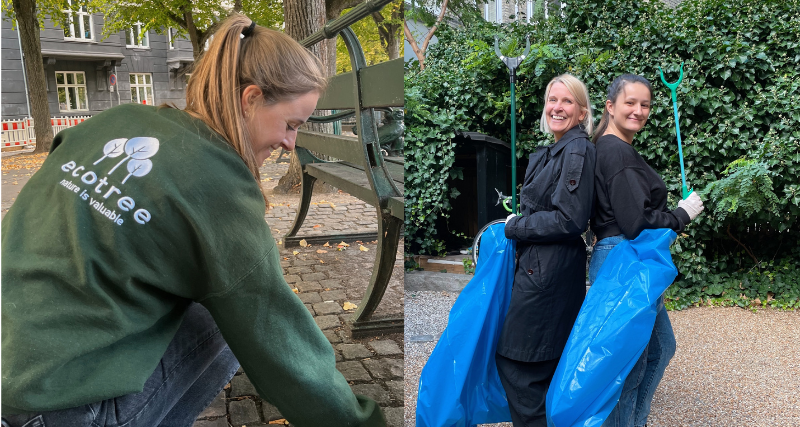 Among our collection of plastic packaging, cardboard boxes, bicycle chains and a crowbar were thousands of cigarette butts, which may not weigh much, but are both polluting and disrupting in nature. A study by Seas at Risk estimates that 580 billion cigarette butts are discarded each year in EU countries.

Although 19 kilos is a lot removed from the streets, in many ways it is only a symbolic amount, making it very clear to us that we all need to do a better job of holding each other accountable and looking after the planet. 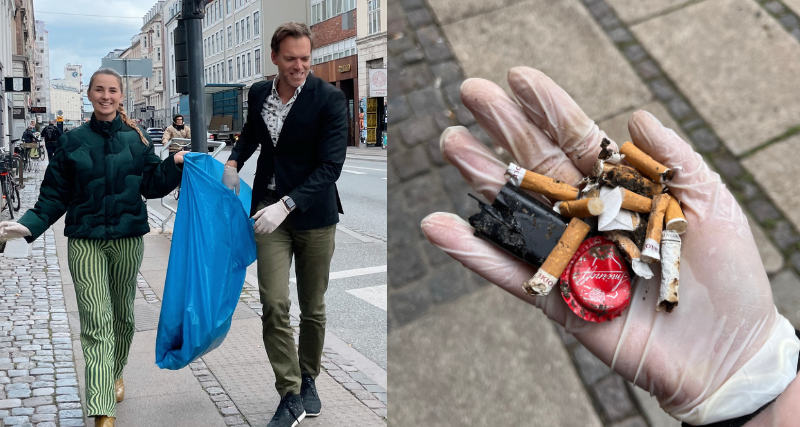 What is World Cleanup Day?

In 2008, 50,000 people in Estonia joined forces to clean the whole country in just five hours. This was to be the beginning of a global movement with a clear single goal: to make the planet litter-free.

Since then, World Cleanup Day has grown into one of the largest movements of our time, with millions of volunteers from up to 191 different countries taking part.

An important day not only to collect rubbish, but also to raise awareness of the impact our consumption and actions have on nature and the planet.

Why is waste harmful to the planet?

It is difficult to determine exactly how much waste is discarded on a daily basis.

But we know that around 10 million tonnes of waste end up in the world's oceans every year.

The waste that is most often discarded in the open includes:

Litter is not only ugly to look at, it is also harmful and has a major impact on the climate. It pollutes air and water, is dangerous for wildlife and can cause the spread of diseases among both animals and humans. 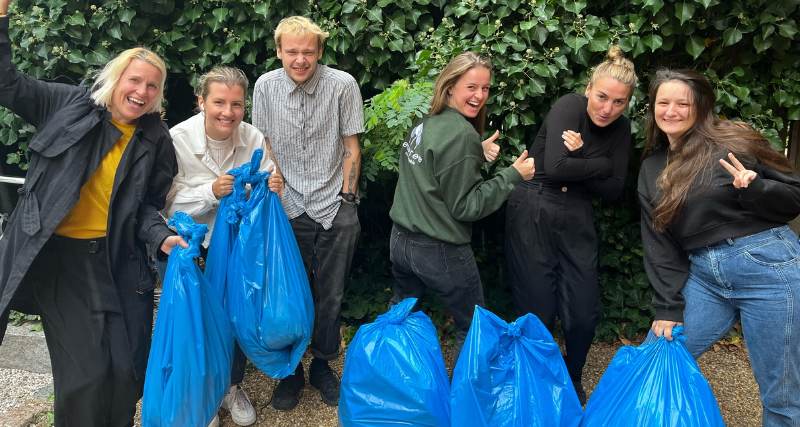 After 90 minutes and 19 kilos of rubbish, spirits are high despite the rain!

What can be done?

Fortunately, there's a lot we humans can do to help keep the planet clean. World Cleanup Day is a great example of a global movement that everyone can get involved in, sending an important message to governments and politicians.

You can also make a difference every day through small actions; picking up a cigarette butt, reminding your friend to take their chocolate wrapper with them, and sorting your waste properly at home.

In addition, more public bins and laws against littering could make a big difference and help both individuals and businesses change their habits and behaviour when it comes to waste.

And of course, you can help nature by planting trees and supporting biodiversity projects with EcoTree!