EcoTree has acquired Syndicat forest, our first in the Grand Est region and one that covers five hectares of land ready for reforesting.

We’re delighted to share the news that we have acquired our first forest in Eastern France. Syndicat forest is a plot of just over five hectares located in the heart of the Vosges, and there is plenty of rewarding work ahead for our expert team of foresters.

The previous owner had to clear cut part of the forest after it was attacked by bark beetles. As a result, our work will need to complement the woodland’s natural regeneration. We’re looking forward to carrying out reforestation plans and excited by what seems to be a rich reservoir of biodiversity.

All EcoTree forests go through a rigorous assessment process before we decide to purchase the land. Our team was immediately struck by some of the features at Syndicat and the potential of the area.

The forest is accessed by road from the municipality of Vagney. It features a known hiking trail and has a beautiful stone cross installed on the path that leads to the plot. A small stream appears to have a constant flow and provides water for an area of fir trees. In general, the forest is in good condition and has several ecosystems that our biodiversity manager, Louise Bouchardy, is studying carefully.

Around three hectares of spruce were attacked by the bark beetles and cut by the former owner, but around two hectares of forest are in good shape. Previously, it was planted with softwoods, some of which are 70 years old, and satellite images show the dry stone wall surrounding the area and evidence of a previous tree plantation. 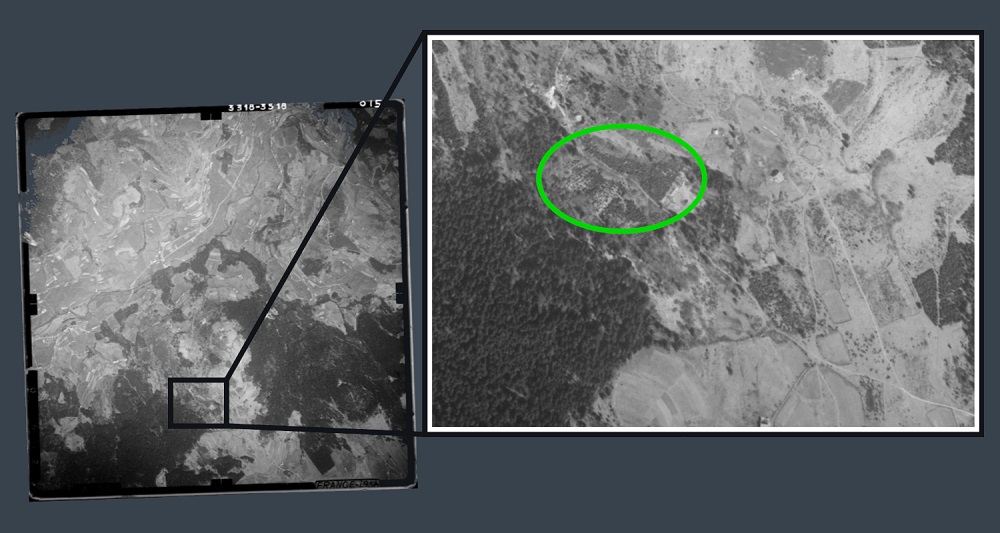 A big part of taking over a forest is putting a plan in place that outlines exactly how we will manage the land. Our first objective in Syndicat is to observe what natural regeneration achieves in the coming year and then plant later.

Arnaud De Grave is one of our expert foresters: "The forest is surrounded by other woods, some of which belong to the National Forestry Office (ONF) in France and others to private owners. Clear cuts have been carried out to eradicate the bark beetles and there are no plans to replant spruce.

"I would like to keep the spruce that is showing signs of immunity and could provide a seed source for future regeneration. We will undoubtedly plant local species of fir trees, which are economically sustainable and well adapted to the acidic soil.

“Of course, we won’t plant just one species. I’ll be choosing other species to plant with the help of Georges Pottecher, who has already come to see the forest, together with the ONF, which has already carried out tests around Syndicat on similar land. It is important to take advice from those who were here before us."

Arnaud has also picked up some deciduous trees in the area that have been naturally regenerating for about 10 years – it will be interesting to see how those grow and develop. They are mainly hazelnuts and maple trees, which will be important for biodiversity in the forest.

"The real challenge will be to reforest the areas exposed by the clear cut, where natural regeneration is struggling to establish itself." 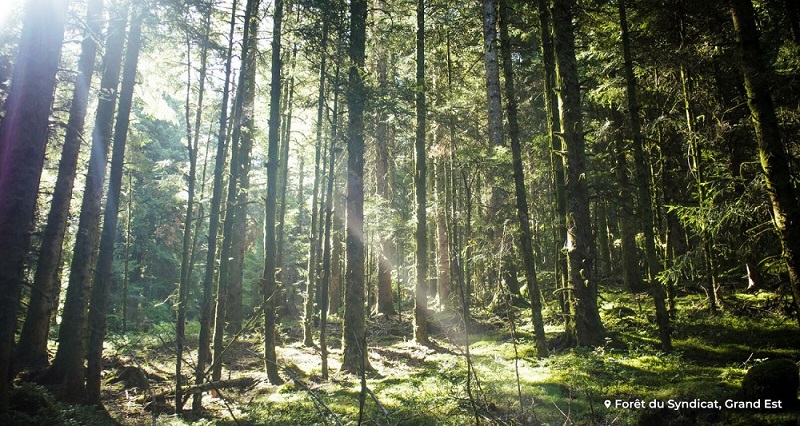 Here at EcoTree, we take a holistic approach to forest management, prioritising biodiversity alongside timber production. At Syndicat, we are using insect sensors to conduct analysis to determine the biodiversity baseline, but we are encouraged by what we have seen so far.

We’ve already observed plenty of odonates – flying insects – which can be explained by the stream and small wetland at the bottom of the valley. Our team plans to develop and reopen those sites as soon as we can. 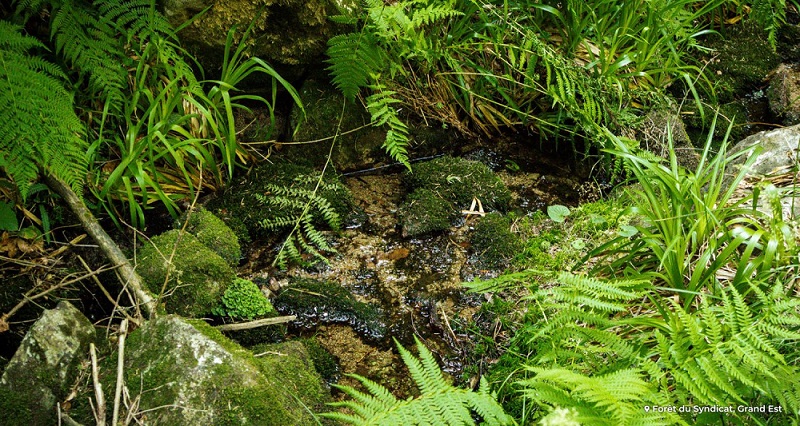 Louise Bouchardy explains what she’s seen so far: "The Potential Biodiversity Index (IBP) is interesting. There is peat moss and dead wood, especially in the species of old candle trees, which are good reservoirs of biodiversity. In addition, many hoverflies and different bumblebee species have been observed in the plot’s open environments.

“There are lots of great features in terms of the area’s IBP scores, including a permanent stream, an intermittent stream, walls, boulders and large rocky outcrops. On the other hand, scores related to forest management are low, so we will be working to increase the biodiversity potential of the forest.

“Our initial observations were carried out in the middle of a heat wave, so we should discover more beautiful things in the spring!"

Arnaud aims to find forest workers willing to work a little differently to how they are used to working. "It is always traumatic for the soil and biodiversity when a clear cut takes place. But with patience and by using forestry methods adopted for this plot, this small five-hectare forest will in the future be a sanctuary of life and a setting for healthy trees."

The team have already marked trees with the aim of having 30 large-diameter trees capable of housing rich biodiversity. Other potential projects include developing a gradual forest edge from the planting stage, which will be ideal for biodiversity and protecting trees from strong winds. It will act as a transition area between the forest and cultivated land or meadows.

"This buffer zone must be approached with care to avoid an abrupt transition between the two environments. It could prevent a new invasive spread of bark beetles in the woods, but also develop the right conditions for agricultural work. A forest is not an ecosystem cut off from the rest of the local area – nature should work together in harmony.

It will be a while before you can own trees in Syndicat forest, but you can certainly buy them in one of our many other forests. Learn more about our unique approach to forestry or visit the treeShop to start your journey as a tree owner. 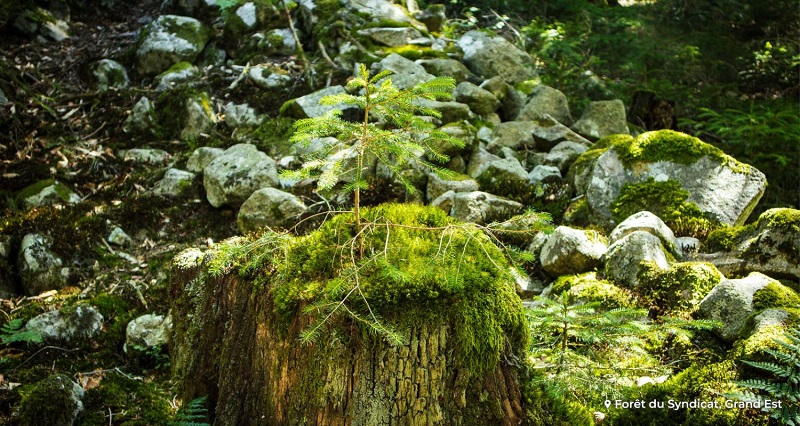