Escape into nature from home with these 9 uplifting and atmospheric forest films. 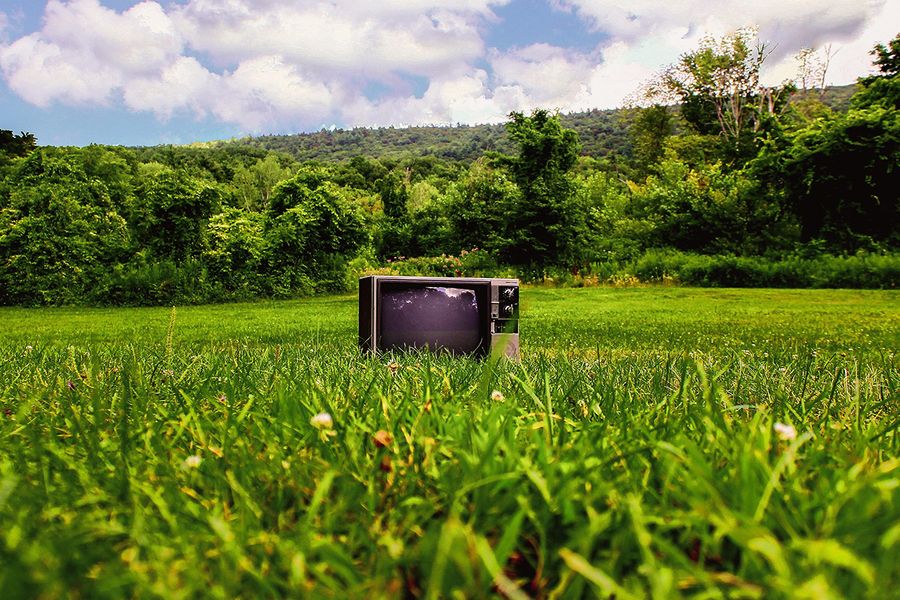 Forests have always been a place we go to top up on splendour and wonder. They’re just downright good for the soul. But not all of us are as lucky as our EcoTree foresters right now. They’ve been out in the forest every day during this unprecedented time of social distancing and travel restrictions, making sure everyone’s trees continue to flourish.

But we could all do with a bit of the old forest magic right now. So we’ve gathered together some of the best films ever made for evoking the beauty and majesty of our forests. The uplifting ones. The rich and vibrant forest films that bring the sounds and the light glinting through the trees right into our living rooms. So you can feel the tranquillity of nature from home.

(Note: Because we’re in need of some good feels right now, we’ve not brought classics like The Blair Witch Project or Apocalypse Now with us. The forest has been an evocative and terrifying backdrop to many horror films and violent thrillers. But frankly, we’re just not in the mood right now! So enjoy these nine gentle ways to escape into the forest with us instead.)

Captain Fantastic (2016)
Many people dream of a life lived entirely immersed in the forest. Captain Fantastic charts the ups and downs of a family striving to do just that. The dramatic forests of Washington State are the classroom, playground, food source and shelter for a father and his children struggling to manage their connection to the outside world. An intriguing introduction to life off the grid.

Okja (2017)
In the first half of this thought-provoking film about our relationship with the animals that feed us, we are immersed in the mountainous forests of South Korea. Our guide is a young girl, Mija, looking after a super pig by the name of Okja. Their tender relationship is nourished by the beautiful forest surroundings. Until it’s time for Okja to fulfil her role in the food chain.

Il était une forêt (Once Upon a Forest, 2013)
Explore the last primary forests of the world and uncover their hidden beauty, with pioneering botanist Francis Hallé and the director Luc Jacquet, in Il était une forêt. This luscious forest documentary film takes place in Gabon and Peru and grew out of many years of research and footage to encapsulate the awe-inspiring complexity of our prehistoric forests.

E.T. the Extra-Terrestrial (1982)
Some of the most iconic scenes from Steven Spielberg’s E.T. take place in the redwood forests of America’s Pacific Coast. We’re thinking moon, bike, treetops specifically. The forest scenes from E.T, considered by many to be one of the greatest films of all time, were filmed near Crescent City in California. Return of the Jedi’s forest moon of Endor was also filmed here.

Princess Mononoke (1997)
Of course we had to include Princess Mononoke, despite the bloodshed that goes on! This landmark animated film from Hayao Miyazaki, pits forest gods against humans in the mythical forests of 14th century Japan. The creatures of the forest in Studio Ghibli’s epic tale are strange and wonderful and our relationship with nature is tested to the limit.

Romancing the Stone (1984)
A bit of adventure is also good for the soul, and this classic with Kathleen Turner and Michael Douglas has plenty of moments to make you smile and feel good. Set in the tropical forests of Colombia, Romancing the Stone is a treasure-hunting romp, full of booby traps, baddies chasing goodies through the forest and, of course, tropical romance.

Gorillas in the Mist (1988)
The misty rainforests of central Africa are the atmospheric backdrop for this film about the life of primatologist, Dian Fossey. Fossey left everything to live with the mountain gorillas of Rwanda’s Virunga National Park in 1966. Gorillas in the Mist transports us into the foliage of the gorillas’ fragile habitat and allows us to sit and observe them alongside Sigourney Weaver as the iconic and fierce protector of our last mountain gorillas.

My Neighbour Totoro (1988)
1988 was a good year for forest films! This was also the year when Studio Ghibli released its ultimate ode to nature, My Neighbour Totoro, written and directed by Hayao Miyazaki. When two young sisters move to a creaky old house in the country, they meet Totoro, a giant forest spirit who helps guide them through their mother’s illness. The sounds and slowness of the forest are really brought to life in this memorable film.

A River Runs Through It (1992)
In A River Runs Through It, we follow a young Brad Pitt up to his knees in water, fly-fishing his way through life and family matters. The seemingly endless forests of Montana are the backdrop for the story, written by Norman Mclean who worked for a time for the United States Forestry Service. This epic American film leaves you with a lasting sense of water flowing through everything and feeding the forests around it.

Have we missed your favourite forest film?
Got another forest film that would make us all feel good right now? Let us know! And if you think now is a good time to put your money into the future of our forests, why not choose your own tree and join our growing movement that’s rewarding sustainable forestry in Europe. Find out how to grow a forest with EcoTree.