At trip to the forest and remembering who we are

The 4th of June was a very special day for us. Not only did we get to spend some time together as a team - we also visited one of the most beautiful forests in Denmark. 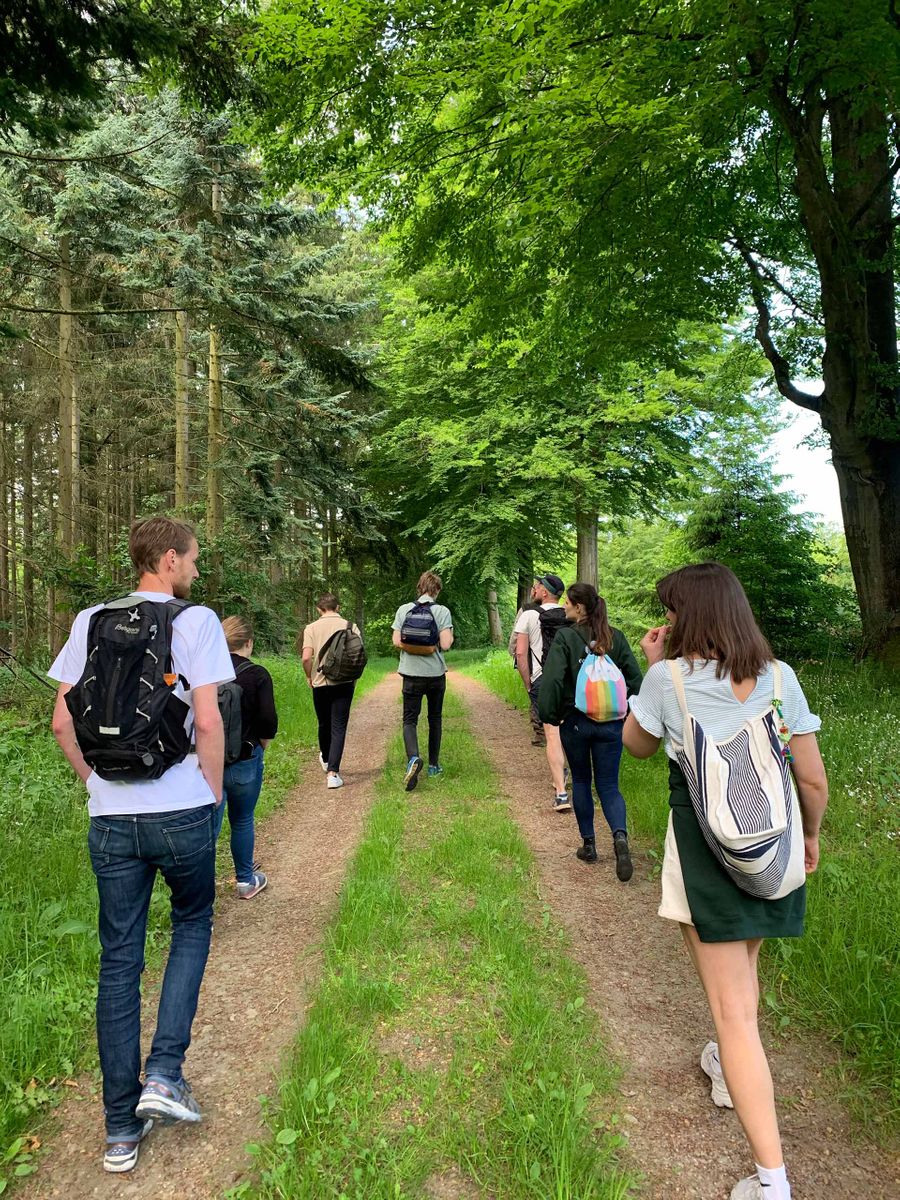 Part of being EcoTree’s international branch means being far from the forests in France that we sell trees from - and that's such a shame. That's why we decided to visit a forest an hour’s drive from our office to reconnect with our roots, with the help of Karsten Raae from Skovdyrkerne, who gave us a special tour around the area. That turned out to be one of the greatest decisions we’d made in a long time.

Our forest trip began at 9 am, where we met up in front of the office in SoHo, Copenhagen. We all wore practical clothes and had our lunch bags in practical backpacks - just like school kids and extremely Danish. We split into three teams of four and began our journey in rented cars, of course by GreenMobility, one of our Danish partners. Green team in green cars means a clear conscience and a great start of the day. After a lively trip, we arrived at the forest in Knabstrup around 10 am, where the forestry expert, Karsten Raae welcomed us with a big smile.

Then the real adventure began. Karsten took us on a fantastic journey through the forest and explained to us why it was managed the way it was. Even though we felt pretty knowledgeable- trees are at the heart of our jobs after all- we learned many new things about forestry in Denmark, which is a bit different from the one we know from France. Here are some of the facts we learned:

Halfway through the tour, we ate lunch on a log and laughed about how different it was to be together this way... In the wild... With no screens, deadlines, or coffee machines.

We ended the day by seeing a field of oak trees in the age group of 20-30 years. Young trees like these are commonly planted in neat rows, where they will grow tall and strong. Trees don't really mind whether they're in a row, circle, or triangle, but once they're big enough, we can move them around based on the forestry management plan. For sustainable foresters mindful of biodiversity like ourselves, this usually involves replanting or mixing with trees from other species and age groups. Uneven-aged mixed forests are better for everyone!

What an amazing day.

It's common for people to have a negative, knee-jerk reaction against forests that are managed- we have this romanticized idea of 'untouched', wild forests. And yet, the reality is that humanity and nature have been co-existing for millenia. Until a few centuries ago, humans had managed to let forests flourish and provide at the same time. Which is why we were happy to note the many signs of healthy, sustainable forestry management during our trip to this forest. The forestry expert, Karsten, told us how they helped the animals of the forests and provided them with food during long and hard winters. The trees were planted with the highest amount of thought for their wellbeing. Some trees were planted in rows, some were spread. Some areas were covered in mixed species, and others were covered in monocultural species. It was enriching to experience how everything made sense - because that’s how we work too.

We really can’t wait to own forests in Denmark in the future. Then we will invite Karsten and tell him all about how we plant forests to protect biodiversity, the climate, and you.